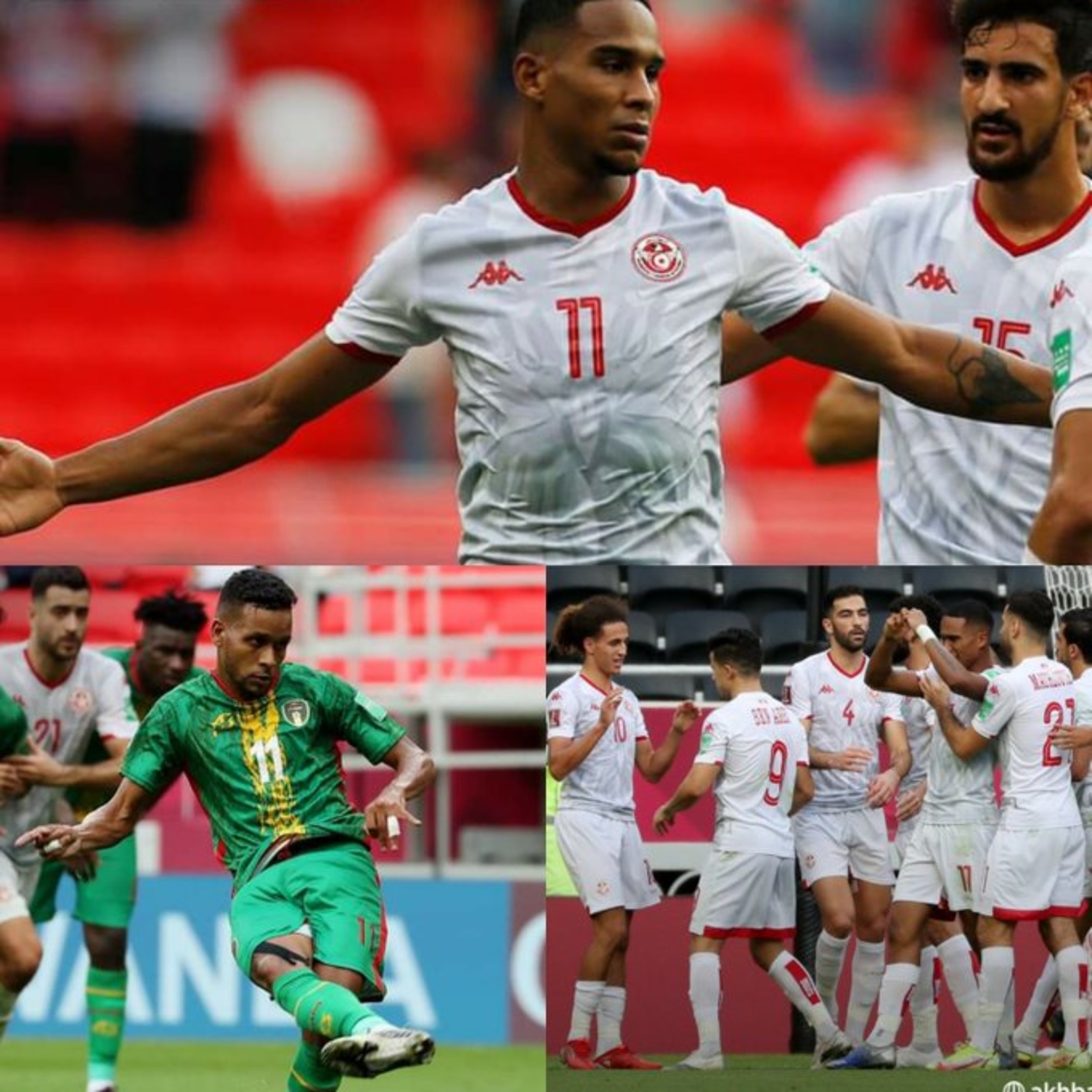 Tunisia’s national football team defeated Mauritania 5-0 in the opening match of Group Two of the Arab Cup in Qatar on Tuesday.

Tunisia dominated the game from the start, almost scoring in the sixth minute through Firas, who came face to face with goalkeeper Bakari Diop, who saved the effort.

The Mauritania goalkeeper saved another ball from Seif El-Din Jaziri in the ninth minute, but he was injured and insisted on playing on.

The Mauritanian team showed its teeth in the 14th minute, almost opening the scoring with a shot through Dlahi, but goalkeeper Farouk Ben Mustafa excelled in saving it.

Firas bin Al-Arabi took a free kick in the heart of the area two minutes later, and Fakhruddin bin Youssef rose to meet it, aiming for the head at the crossbar.

After suffering a new injury in the 20th minute, Mauritania’s goalkeeper, Bakary Diop, was forced to leave the field, leaving his place to second goalkeeper Diaou, who blocked Jaziri’s shot.

Adma Ba responded for Mauritania in the 32nd minute, but his shot went wide of Ben Mustapha’s goal.

In the 39th minute, the Carthage Eagles scored when Hannibal Al-Majbari passed a smart ball to Seif Al-Din Al-Jaziri, who mistook goalkeeper Diao and aimed at the bird.

Tunisia doubled their lead in the 42nd minute when Firas Ben Larbi misled goalkeeper Diao with a powerful shot.

The Almoravids attempted to close the gap, but goalkeeper Ben Mustapha saved the day in the 43rd minute, preventing Tangi fever.

After a smart pass from Ben Youssef, where goalkeeper Diawu saved his first ball, but he hit the ball in the net with a wonderful artistic touch with the heel of his foot, Jaziri consolidated Tunisia’s lead by scoring the third goal in the 45 + 3 minute.

Due to a handball on Amine Ben Hamida before the end of the first half, the mouse awarded Mauritania a penalty kick, which was successfully executed by Moulay Ahmed Bassam in the 45 + 12 minute.

Didier Darusa made three changes after the break, replacing Jassuma, Ablaye, and Soueid, as well as Alassane, Abdoul, and Nias.

Tunisia attempted to widen the gap, but Majbri’s shot in the 49th minute was off target, before Firas Ben Larbi scored the game’s fourth goal in the 50th minute.

Chikhaoui came close to scoring the fifth goal in the 84th minute after coming face to face with goalkeeper Diaou, but Diaou saved the situation by blocking Youssef Msakni’s attempt in the 87th minute.

The Mauritanian defense faced some difficult moments in the closing minutes as the Eagles pressed for a fifth goal, which came in the 90th minute through Youssef Msakni, following a fantastic supply from Yassin Chikhaoui, to bring the game to a close (5-1).